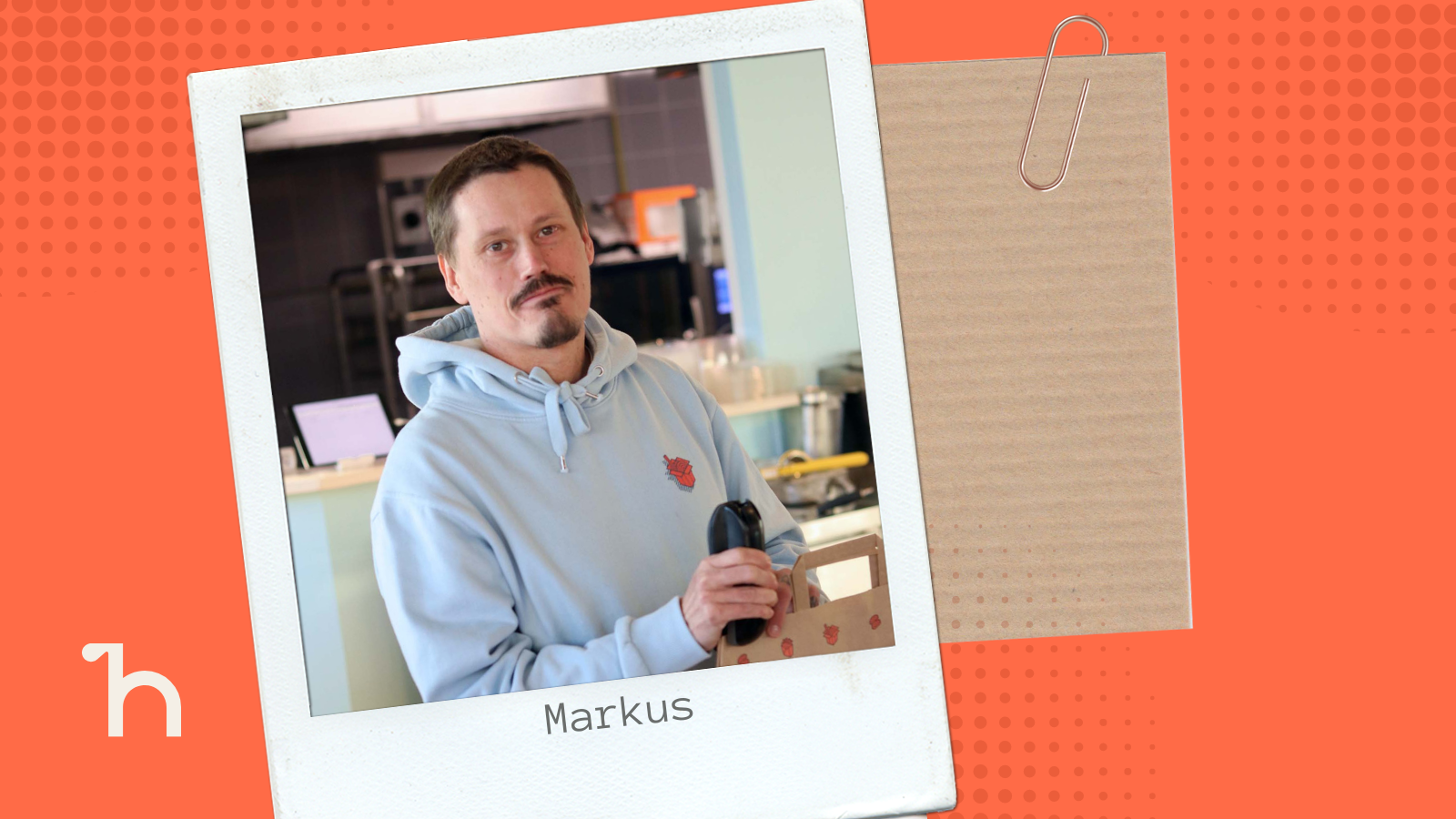 Markus Kauppinen swapped his knives for a keyboard — meet the operational brain behind Huuva.

Markus Kauppinen makes everything run smoothly at Huuva as a Kitchen Operations Lead. He joined Huuva 5 months ago, more or less by accident. Kauppinen was originally planning on consulting the company and had a couple of meetings “with Villes”, as he refers to the founders. He soon realized the potential and got the urge to be a part of building something different.

The route to this point has been eventful. Kauppinen was supposed to become a marine biologist, inspired by his idol Jacques Cousteau. Today, this childhood dream is visible mostly in his cool habitus, though the famous red woolen hat is nowhere to be seen.

A career in the kitchen was not an obvious choice, but there were some background factors contributing to it. The will to see the results of his own work, preferably immediately. The fact that everyone in his family tended to hunt or fish, familiarizing him with fresh ingredients early on. And maybe a little extra spark from grandma, who had a small catering company.

After finishing his studies at Perho Culinary College, Kauppinen wanted to understand the world of food, emphasis on the word world. He packed his things, got rid of his apartment and belongings, and backpacked mostly in Asia and Australia for almost three years. He gathered taste experiences from various places and worked in restaurants.

“Working abroad was cool. But I realized that if I really wanted to be a chef, there was still a lot to learn technique-wise.”

And that’s when he really upped his game. Soon he found himself at Mugaritz, a two-Michelin-star restaurant in the Basque Country, Spain. After a year of intensive learning, he returned to Finland, facing a bit of a culture shock and uncertainty about what to do next.

As luck would have it, Hans Välimäki asked him to work at Chez Dominique. For Kauppinen, those years were professionally extremely rewarding. He got his first experiences of opening up restaurants, either pop-up or more permanent ones, and this turned out to be something he really enjoyed and was good at. The opening process had many interesting elements and required an operational mindset.

After Chez Dominique, Kauppinen has tried out several interesting career moves, also as an entrepreneur. He ran Grotesk Wine Bar for some time, changed the surf breaks  of Sri Lanka to opening a taco joint in Kuopio in an instant and consulted many of Helsinki’s most loved restaurants with their menus and opening processes.

Eventually, he and Huuva found each other through Kauppinen’s restaurant consultancy. For a person with almost 20 years of top-notch restaurant experience, he quickly got that Huuva’s idea was something that offered great opportunities for both restaurants and food lovers everywhere. He ditched the role of a consultant and joined the team.

“Now I’m in the middle of thinking how to update the whole layout of a restaurant kitchen — the workplace I have known for the last 20 years”, Kauppinen summarizes.

Huuva’s kitchens are different from your typical restaurant kitchens. In a restaurant kitchen, there are dedicated sections for different phases — Garde Manger, prep, cooking, serving etcetera. But in Huuva’s case, several restaurants share the same kitchen. They have their dedicated areas, but at the same time, there are synergies to be found. Do they use the same supplies or make the same components? How could the kitchen layout and modus operandi best support this?

“This includes so many elements I enjoy. Creating new, solving problems, making things work in unusual ways and circumstances.”

One thing that has been astonishing for Kauppinen is the speed Huuva has been growing. He has been running kitchens during 14 restaurant openings in three countries— but this has been in the span of 20 years. During his months at Huuva, they have already opened three kitchens.

‍
“So basically everything I have learned during my career needs to be applied, improved, and rethought on a weekly basis to keep up with Huuva's pace. The growth will likely just accelerate from here, and I can’t wait for everyone to see what we’re going to do next.”